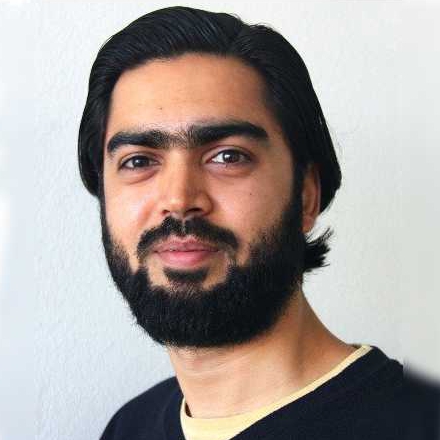 SHORT PROFILE
Muhammad Hassan received his Bachelor in Telecommunication Engineering from National University of Computer and Emerging Sciences (NUCES-FAST) Islamabad, Pakistan in 2010. Afterwards, he worked as a Design Engineer in And-Or Logic, Pakistan on the research and development of communication encryption systems using ARM controllers and FPGAs. Later, he completed his Masters in Communication Engineering from RWTH Aachen, Germany. Since September 2015, he is a PhD candidate in the working group of Prof. Dr. Rolf Drechsler at the University of Bremen where he is focused on acquiring data of systems (design under verification) statically and dynamically using compiler techniques. The data is used in various verification methodologies. Since April 2017, he is working in the Cyber-Physical Systems group at the German Research Center for Artificial Intelligence (DFKI) on system-level verification of analog/mixed-signal systems.

His current research involves data-driven verification methodologies where simulation traces (data) generated by the systems are used to achieve a high-quality verified system. Furthermore, he is working on novel verification techniques, like Metamorphic testing, where a reference model is not required to ensure system correctness. As a consequence, relationship between different data-points is established to verify correct functionality.