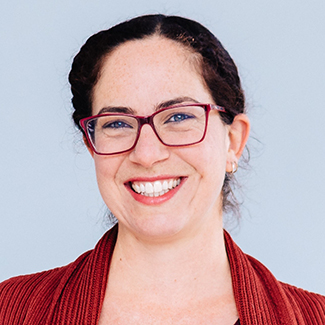 SHORT PROFILE
Alice Lefebvre studied geology and oceanography at the University of Bordeaux (France) and at the National Oceanography Center, Southampton (UK). She got her PhD from the University of Southampton in 2009 in the field of coastal oceanography. Afterwards, she became a postdoc in the Excellence Cluster “The Ocean in the Earth System” at MARUM, University of Bremen. She subsequently started a position at the Graduate School GLOMAR in the research area “Ocean and Seafloor”. During the 5 years she worked for the graduate school, she carried out her research and supported PhD students. In 2017, she got funding from the DFG for her own position in a project investigating tidal bedforms. Since January 2021, she is part of the Excellence Cluster “The Ocean Floor - Earth’s Uncharted Interface” in the Research Unit RECEIVER and in the working group of Prof Elda Miramontes.

Her current research interests include the geomorphology of coastal and continental shelf regions and the transport of sediment between the coast and the deep sea. For this, she uses a wide range of techniques, ranging from direct measurements during sea expeditions to numerical modelling.