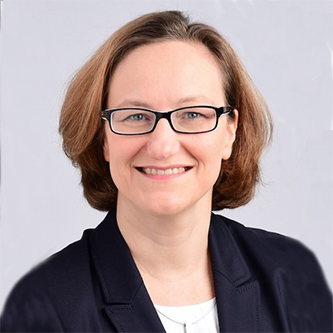 SHORT PROFILE
Nicole Megow studied mathematics and business administration at TU Berlin and the Massachusetts Institute of Technology, USA. She received her PhD in Mathematics from TU Berlin in 2006. She was postdoc and senior researcher at the Max Planck Institute for Informatics, SaarbrÃ¼cken, held a position as interim professor for discrete optimization at TU Darmstadt 2011/12, and headed an Emmy Noether Research Group at TU Berlin starting 2012. Subsequently, she was an assistant professor for Discrete Mathematics at TU Munich. Since 2016 she holds the chair for Combinatorial Optimization in the Faculty of Mathematics and Computer Science at the University of Bremen.

Nicole Megow’s research interests lie at the intersection of discrete mathematics, theoretical computer science, and operations research. In particular, she works on the design and analysis of efficient algorithms for combinatorial optimization problems. Her research is focused on understanding how to cope with incomplete or imperfect information (uncertainty of problem data, complete lack of knowledge, untrusted predictions) when solving such problems. She contributes with theoretic results and applies them to complex real-world environments. Typical applications include scheduling, production planning, logistics, network design, communication and routing in networks, and health care. Her research has won several awards, including the Heinz Maier-Leibnitz Prize in 2013.