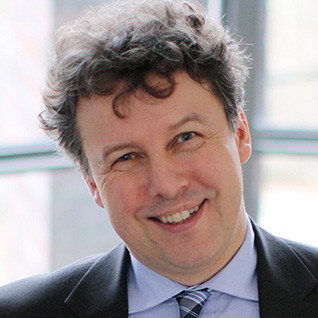 SHORT PROFILE
Rolf Drechsler received his diploma and Dr. phil. nat. degrees in computer science from the Goethe-University in Frankfurt am Main in 1992 and 1995, respectively. Afterwards, he worked at the Institute of Computer Science, Albert-Ludwigs-University, Freiburg/Breisgau, and at the Corporate Technology Department, Siemens AG, Munich. Since October 2001, Rolf Drechsler is Full Professor and Head of the Group of Computer Architecture, Faculty 3: Mathematics and Computer Science at the University of Bremen. In 2011, he additionally became head of the Cyber-Physical Systems Group at the German Research Center for Artificial Intelligence (DFKI). From 2008 to 2013 he was the Vice Rector for Research and Young Academics at the University of Bremen. Since 2018 he is the Dean of the Faculty of Mathematics and Computer Science.

As co-founder and spokesperson of the DSC, Rolf Drechsler represents the interests of the DSC within the University of Bremen as well as externally. With the Executive Board, he sets strategic direction and oversees the instituteÂs research, training and transfer projects to foster innovation in the field of data science.

His current research interests include the development and design of data structures and algorithms focused on circuit and system design. He is an IEEE-Fellow.