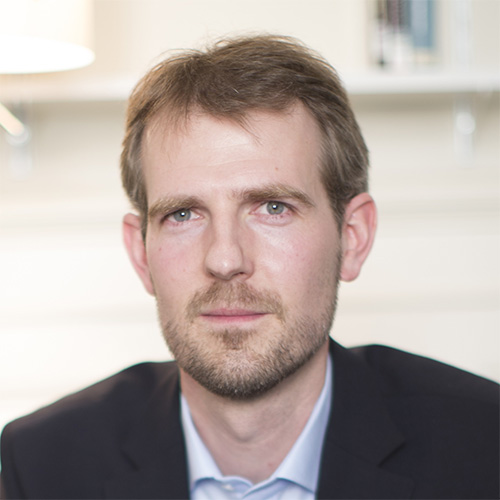 More about Norman in our » INTERVIEW

SHORT PROFILE
Norman Sieroka has been full Professor for Theoretical Philosophy at the University of Bremen since 2019. He studied philosophy, physics and mathematics at Heidelberg University and the University of Cambridge. At Cambridge he received his MPhil degree in history and philosophy of science in 1999; in Heidelberg he received his diploma in physics in 2002 and in 2004 he earned his doctorate in physics at the Institute for Theoretical Physics there, with a dissertation on "Neurophysiological Aspects of Time Perception". Subsequently, at the ETH Zurich, he earned a further doctorate ("Umgebungen", 2009) as well as his habilitation ("[Un-]Conscious Perception and Time", 2012), both in philosophy.

After working as a researcher and lecturer in physics, neurophysiology and philosophy at Heidelberg and Bamberg Universities, Norman Sieroka was employed at the ETH Zurich from 2004 to 2019, lastly as a senior research fellow in philosophy, managing director of the Turing Centre Zurich and educational developer and advisory board member for the "Critical Thinking" Initiative (CTETH). He was a visiting faculty member in the Departments of Philosophy and of History and Philosophy of Science at the University of Notre Dame in the U.S. in 2015.

One of his central research interests is the question of "how science works" and what values are pursued in different sciences. A particular focus is on the role of data and artificial intelligence in various disciplines—from physics and biomedicine to architecture—and different research contexts (such as theory development, exploration and problem solving).

Norman Sieroka is a member of the Directory Boards of ETHÂs Turing Centre ZÃ¼rich and of the Governance Board of ETHÂs Rethink initiative.