Use this Zoom link to join

In his classical paper More is different P.W. Anderson (1972) discusses the hierarchical levels of nature. Each level is made of and obeys the laws of its constituents from one level below. All levels are connected by quantitative relations to their lower and higher hierarchical neighbor which links the physical entities of all hierarchies. In simple cases, when the constitutive relations are linear or conceptually readily apparent, we may deduce exact ab initio equations providing material properties as a function of its constituents. In most cases, however, we encounter the formation of complex systems with emergent properties. Typically, there is a branch of science for each level of complexity, since, for each complexity level, there seem to be objects for which it is appropriate and fitting to build up vocabulary for the respective levels of description leading to formation of disciplinary language. It is the central idea of causal emergence (Hoel 2017) that on each level there is an optimal degree of coarse graining to define those objects in such a way that causality becomes maximal between them. This idea has been extended (Ellis and Koppel 2019) describing a delicate balance of upward and downward causation from the micro to the macro level and back in a feedback loop resulting in causal closure. In this context, mental powers result from downward causation.

It has been argued that nature exists at a self-organized critical point to harness fluctuations in evolution (Gleiser et al. 2000). Intra and inter level coarse graining is thus reminiscent of renormalization group flow in interaction parameter space leading to universality classes characterized by the same fixpoint. Thus, we may perceive the world around us in progressively more structured entities. These entities do not interact via fundamental forces. However, causal emergence suggests instead effective interactions commensurate with the respective hierarchy level and universality class. Two entities may interact semantically in an abstract way. Semantic interactions are caused by information flow with a semantic content. It is not only perceptive information. It is augmented by connotations created by context and individual memory. Semantic forces result from differences in highly structured information. They are generalizations of classical entropic forces to sematic space.

For research data management, there are two major conclusions. First, since experimental data are created by dynamic processes classified by the symmetry of their respective universality class, one expects to find a finite set of spatio-temporal network structures considering all possible data. This is the theoretical foundation to strive for a minimally heterogeneous research data management by considering universality classes of data structures derived from system universality. Second, the discussion of structured information with appropriate measures of complexity opens up new avenues in semantic analysis, In fact, we will eliminate the qualitative by quantifying it with semantic metrics and package it as semantic entities into FAIR Digital Objects interacting semantically.

His research group at the Institute of Biophysics is dedicated to basic principles of cellular motion and biological physics of Physarum polycephalum. In recent years this slime mold has become a model system for (basal) cognition. Since 2016 Hans-GÃ¼nther DÃ¶bereiner has been organizing the ring lecture series Universal Properties of Decision-Making, which builds a bridge between the humanities and natural sciences. In 2020, he became spokesperson of the consortium National Research Data Infrastructure for Disciplinary and Transdisciplinary Physics (NFDI4Phys). 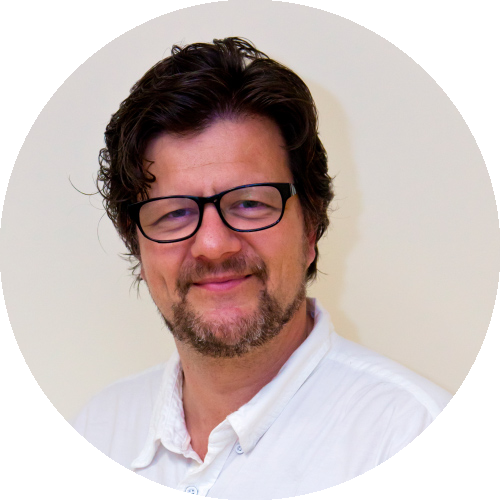